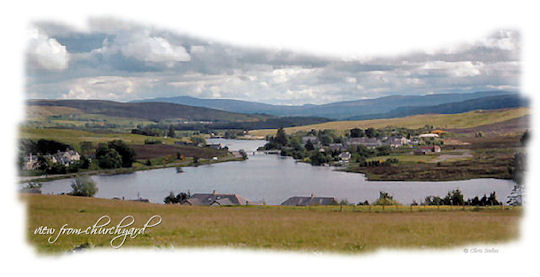 
Some lists indicate that the people left for America but most went to Canada. As always I have shown all Mc and Mac names as Mac.

The following people left from Lairg parish – under surname each person is shown by Christian name, place of residence, tenant, servant, etc followed by number in party who left and when.

BROWN
Thomas, Auldibreak, servant, left in party of four in 1830

MACDONALD
Murdo, Rheanbreck, left in 1831 in party of seven

MATHESON
Angus, Torroboll, labourer, lived in his father’s house, left in party of two in 1831

MUNRO
Hugh, Savel, lodged with his mother, left in a party of three in 1831